Exercising the spectrum of human potential

Posted at 15:10h in Other, Veterinary Business by Amandeep 0 Comments
0 Likes

Do you feel like things could work more efficiently? Are you sure that you are capable of doing more but can’t quite tap into your full potential? If the answer to either of these is yes then this episode is for you…

Alan Robinson takes Jack on a whirlwind tour of the ‘Spectrum of Human Potential’ and why he believes that many vets and practices are struggling to make the most of theirs.

Alan also briefly touches on the work he does with practices across the UK and beyond.

Plus on this podcast, a fantastic ‘tech tip’ from Jack for Practices that struggle to get any feedback or reviews from their clients, and an inspired book recommendation from a special guest.

Our thanks to Veterinary.IT Services…

I’m a little bit cynical because I’m a vet maybe, but I’m a little bit cynical around responses like, “Well, you need to have a growth mindset. You need to adopt a leadership mindset. You need to do this, that or the other.” And the honest truth is, people don’t need to do anything, but people have to want to do stuff or achieve that thing. The other thing is, let’s say, “Jack, you need a growth mindset, okay? So, switch that switch on, will you? I just want to see you do that. Off you go”.

What do you do? You look at me and you might either think, “What are you talking about? What is a growth mindset?” Or you’ll say “Yeah, I know I’ve got to take information in. I’ve got to see my mistakes as learning opportunities. I’ve got to … I know that logically in my head, I have a pretty good prefrontal cortex, but it just doesn’t work for me emotionally”.

So, back to your question, a lot of this stuff is predicated into our embodied nervous system (and this could be a whole other podcast), but it’s our autonomic nervous system, which as we know is in two or three levels. So, we have our sympathetic fight, flight mechanism. Uncertainty, COVID, just daily veterinary practice highly stimulates that system. So that is always on and always active.

Now in that state, we do not learn. We do not take on new information. We do not change. We do not act at our best and highest level. We just hunker down and stay safe. That’s how evolution has designed the sympathetic nervous system; fight, flight or freeze, okay, it’s a given. At some point, we’re probably at that level.

Then there’s another level that is stimulated by your parasympathetic, but the dorsal branch of it which actually sends you into lockdown. So it’s the hibernating reptile, it’s the tortoise that pulls its head in, it’s the deer that freezes in the headlights. That’s a whole different system and that’s the lockdown situation. Now that doesn’t happen in humans, except we turn into automatons and we do presenteeism. We turn up, but we just don’t function, that’s the worst state.

So moving to the other end of that, there’s the parasympathetic ventral system which actually puts us in our rest and digest, puts us in our learning mode, puts us in our productive mode of actually being able to work and contribute and repair ourselves. And what we have to do, number one, is spend as much time as possible in a parasympathetic state. Now there are exercises and there’s tools and things to actually measure and monitor that. We rarely get that at work, we have to take that out of work. In an uphill struggle of COVID, we have to find the mini breaks in the day, in the weekends, in our lives, even locked in at home to go on the downhill run for a recharge of the batteries. That’s the hardest trick to do and encouraging your team to do it.

Interestingly, there’s a fourth stage of the parasympathetic system which is called the social engagement system. So you add the parasympathetic ventral vagal system, which is your rest, and digest and repair system, immunity, health, blood parameters, oxygen, all that stuff is being rebuilt with that. Then you add in some cranial nerves and you get your social engagement and we then form connection with other human beings. We do use eye contact, body language, head orientation, smiles, crinkles in the eyes, all that stuff that works, and that’s based on your ventral vagal nerve plus your cranial nerves, V, VII, IX and XI, which actually control that communication program. That’s a higher level, again. Once we’re in that we are storming ahead as fully formed human beings.

Now there’s ways or means of getting there on a constant basis and that’s really my passion, that’s what I like to get across to people. How can we hack that system? And what I’m talking about here, don’t do what I do, because my personality, my habits won’t translate to anyone else. I’m a different human being from everyone else on this planet, you’ll be pleased to hear. However, biology does scale. If we can actually hack these biological pieces, this is innate in every one of us, which is what I say; no one is broken, we all have this system. We just have been learned, taught or broken down, and we just don’t use it anymore.

But. If we can invoke this, we can get very different results. 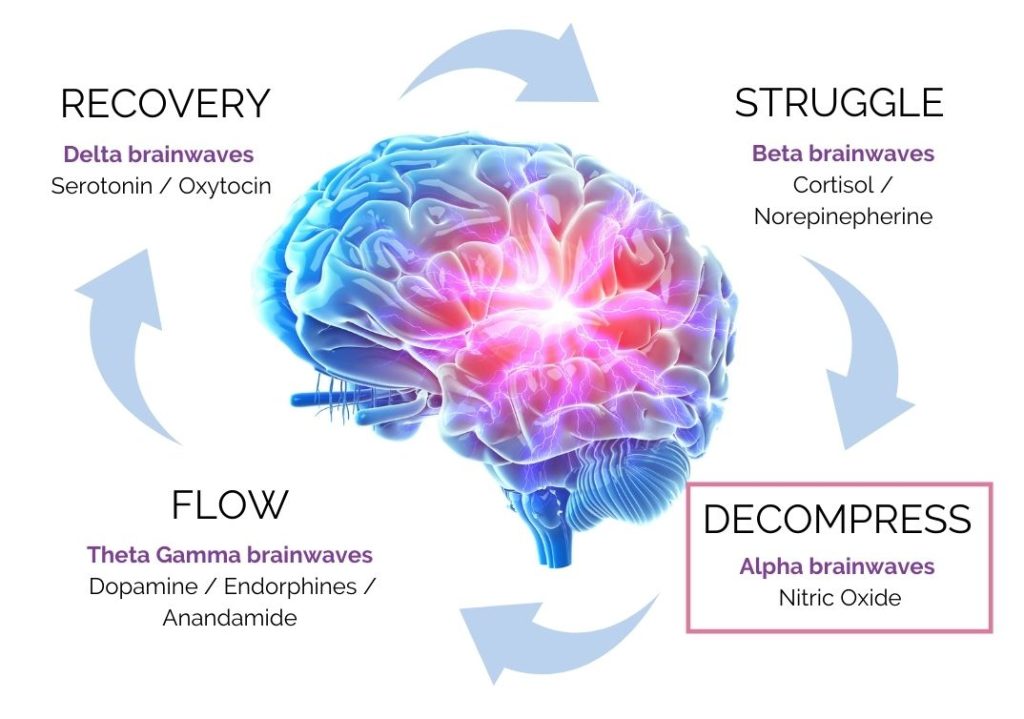